Recently, he giddily kept me posted on the pre-first-date chemistry he shared with a woman he met online.

“Extremely promising,” he texted me. “We talk every night on the phone and it is frightening how much we have in common. I hope I don't screw it up.”

Fast forward a few days: “She was much larger in person than her online pics lead on. Not gonna happen.”

Because he's a nice guy, Marc's telling of the scenario was polite. I've heard the same story — usually not as kindly — from lots and lots of guys.

What your online dating pics say about you

Pics posted online depicting a woman who is much smaller than the one who walks — shockingly, 30 lbs heavier — into a bar.

On the one hand, what are you thinking? Of course people lie in their online dating profiles every day of the week: Men say they're younger and richer.

Omissions of children and spouses — not to mention STDs and bad breath.

But suggesting you are much smaller than you actually are is the dumbest lie in the world — the jig is up the second you walk into the Starbucks.

I know exactly what you tell yourself:

b) “Dating profiles are advertising, and advertising always shines the most flattering light on a product.”

c) “He just gets to know me and then he'll fall for the real me — which has nothing to do with how I look.”

Read: Which online dating sites should moms use?

A pic from 5 years ago is a lie, no matter what.

Yes, you should depict yourself in the best possible light, but the SEC has laws against misleading advertising for a reason.

Real life: your looks have everything to do with how a guy feels about you.

I don't make these rules. Men are far more visually driven than women for all kinds of anthropological, biological and cultural reasons.

Just accept that. Yes, there are times when men fall in love with a woman who is completely not his physical type because her beautiful soul shined so brightly that it blinded him to her overt physical shortcomings.

But that is not likely to happen when his first impression is that you are a liar who wasted his perfectly good happy hour with your manipulation.

All this is reason enough to keep things real.

But wait! There's even more!

Yeah, men can be pigs. Check out this online message a 35-year-old software developer (with cute pics) sent me:

Your profile is awesome, but I don't think I'm at a point in my life where I can get involved with someone who has kids. I hesitated to write this, since I could have just said nothing, but decided to write you as encouragement. You're foxy, and your profile is foxy, too.

He then offered to give me a guy's POV on my profile, to which I gladly accepted.

You look slim and in good shape, but aren't showing your body at all. Crass, I know, but even dudes who are down with kids want to know you've still got it, so show it off.

‘Nuff said. [I then added a couple full-body shots to my profile, and thanked him for the tip. Radio silence. Maybe he found me too big to bother to reply?]

Now, I get that you're not feeling good in your body.

You're lonely and you know very well that few men like very heavy women.

I sympathize with women who find it hard to meet men — even online — for this reason.

If you live in a big market like I do — New York City — there are so many people, and so many classically beautiful people.

How can you connect with a guy in person when they won't even click on your profile pic?

Misleading a guy into dating you isn't the solution.

In fact, posting misleading pics only perpetuates the societal message that only thin chicks are datable.

While there are so many unrealistic expectations of women to maintain a certain body type, lying about your real body type only sets the movement backward.

9 reasons dating is better as a single mom

The second you start lying, you shame yourself and block your ability to find love.

When you post selfies from eight, pre-baby years ago, your opening line is: “I am ashamed of who I am. I am unlovable.” When you market yourself with shame, you deny your ability to be vulnerable — and connect with a man in a real and intimate way.

The more you are true to yourself, the more likely you will find someone who loves you just the way you are.

Very cliche, and also very true: There is someone out there for everyone.

Post honest photos to be honest with your date

I'm not immune from this pickle.

Before any particularly promising first date with someone I meet online there is always at least a glimmer of: “I hope he's not disappointed when he meets me in real life.”

When I first started dating in earnest five years ago, I was headed out on one such date with a hot movie executive who spent his vacations traveling around the world surfing with his kids — and also seemed super-cool and smart.

Pre-date flirting was high, and before I headed out, I fussed in front of the mirror. “I think he's out of my league,” I fretted to the babysitter, a friend.

Early in the evening, as I rose from the table to head for the bathroom, I was sure he disappointingly checked out my thighs, squeezed into a pair of black jeans.

Was this all in my head? Maybe. Maybe not.

But had I posted a swimsuit pic of myself when I was 27 and in top shape, well, then I could know for certain that he was scrutinizing my sqeezy thighs, scratching his head and wondering: What was she thinking? Because that would have been the normal thing to do — since I am not 27 and in top shape.

Which is exactly what Marc thought. After all, he met a girl online and she looked nothing like her pictures. Online dating for both men and women find that the other person is often fatter than they are in person.

Start the date off right by being an honest mirror of the picture online. It is extremely hard to overcome an initial shock and feeling of deceit when the person and the picture do not align.

How to chose the best online dating photos

Online dating site Zoosk conducted some research about what kind of pics attract the most attention from men.

Why you should include your income in your dating profile

While we're being honest, be open about your income, too.

After a divorce, I've been single for five years, actively dating for four. When I first ventured out into the new-again world romance, I omitted my income on dating apps.

Well, for all the usual reasons: It is considered impolite to talk about money. I didn't want to come across as being obsessed about a guy's income. And, because my income is high, I didn't want to scare off potential suitors.

But some months into my dating venture I found that I wasn't meeting guys I really dug — and that includes many qualities, including that they are professionally ambitious.

I am 38 years old, and usually, date men my age and older. And in middle age, if you aren't established or very well on your way in your career, the likelihood that is going to do an about-face is slim.

I'm not looking for a guy with many millions of dollars, and in fact prefer to date someone with a similar financial picture as my own, as I find we have more in common (see below).

My career is important to me, and I identify best with men who feel the same. Being financially stable usually comes with professional accomplishment, even if the guy may earn less than me.

Include your salary in dating profiles?

And so in the right-hand column of my OKCupid profile that highlights the key personal details, I changed my status from blank, to my six-figure income. Almost immediately I started meeting very interesting men. Lots of them.

This last point was of interest to my friend Farnoosh Torabi, the financial expert and author of the fascinating When She Makes More: The Truth About Navigating Love and Life for a New Generation of Women (the paperback of which was recently released).

Torabi advocates for high-earning women to disclose their finances early in a relationship, in an act of transparency that allows for any resentment to be worked through early in the courtship.

After all, the chances of divorce in couples where the women earn more than their husbands is double that when the inverse is true.

Why high-income women should include their salaries on dating sites:

1. Sharing openly about my income says a whole lot about me — including that I'm not in the market for a sugar daddy. Torabi writes:

Emma Johnson disclosed her income in her online dating profile after not finding guys she was interested in to date. As soon as she disclosed her six-figure income, quality men started to contact her. “I’m a single mom and freelance writer,” she told me. “If that doesn’t scream poverty, I don’t know what does.”

2. Successful middle-aged men are usually divorced, paying alimony, and really, really upset about it (including the very progressive, feminist ones I hang out with). I told Torabi:

“The divorced guys I date love the fact that I’m financially independent because they’re so angry that their ex-wives stayed at home, so angry they’re paying alimony. In their opinion they think, ‘She was lazy. I wanted her to get a job. I didn’t want her to stay at home.’ ”

3. Take shame out of the equation. You are professionally successful, so why hide it? Of course, if a guy is threatened by your success …. I don't even need to finish that sentence.

4. If you're passionate about your career, you want to discuss business with your partner. The man I'm dating now is also independently employed. One of the main things we connect on is business, which I find incredibly hot.

6. Take one for the team. Yes, there is still a contingent of successful men who are truly intimidated by high-earning women, and openly seek a homemaker with a low IQ they can manipulate. More commonly, I find, are men who are quite progressive and respect women of all incomes, and are perhaps unconsciously influenced by centuries of socializing that makes them squirm at the notion they may be the lesser earner in a relationship.

In the spirit of pushing the tide forward, I say: Ladies, include in your profile your real income. Do not hesitate to share your professional success. Do it for yourself. And do it for women everywhere.

What is your experience? Does being specific about your income help or hurt your online dating prospects? Do you run a background check on people you meet online? Share in the comments! 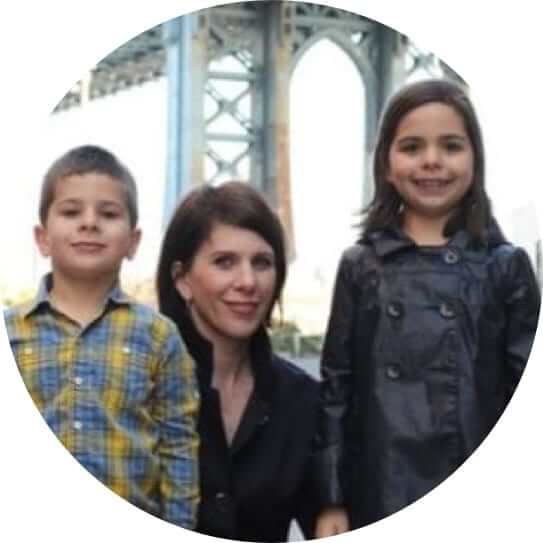 Add a comment
← Sell your wedding dress? Yep — here’s how …Why single moms don’t get to celebrate Father’s Day →