Has anyone ever said something to you that’s made you question your reality? If so, you might be the victim of gaslighting, a form of emotional abuse in which the abuser deliberately tries to make the victim question their own reality and sanity.

“This can be done through manipulation, withholding information, or making false statements,” says Carly Claney, PhD, a licensed psychologist based in Seattle.

Gaslighting — which was just named Merriam-Webster’s 2022 Word of the Year — can happen to anyone in any type of relationship, though it’s most often associated with romantic relationships.

Gaslighting can be subtle and difficult to spot, but it can also have a major impact on your mental health and wellbeing. If you’ve been the victim of gaslighting, you can connect with a certified mental health professional through BetterHelp.com. Read our review.

Keep reading for common examples of gaslighting, along with expert advice on what to do if you think you’re being gaslighted:

One of the most common examples of gaslighting is when the abuser tries to make their partner question something that happened, Claney says.

The gaslighter might tell you that they didn't say something hurtful to you, even if you have proof in the form of a voicemail or text message.

“This destructive process starts to make you doubt your own sense of reality, and eventually you become unsure about your own perceptions and memory,” explains Holly Schiff, Psy.D., licensed clinical psychologist based in Greenwich, Conn.

Some Reddit users shared their own gaslighting examples on this Reddit thread, which does a good job clarifying what gaslighting is (and isn't):

Another sign of gaslighting is when the abuser dismisses your feelings by telling you that you’re “being paranoid” when you bring up a situation or behavior that was upsetting to you.

“The gaslighter is trying to create a false narrative, usually one in which they are not at fault and did not do anything wrong,” Schiff says.

Another common form of gaslighting is when someone tries to convince you that your perceptions and memories are incorrect.

“An example of this could be your partner insisting that you didn't tell them the date of your parents' 40th wedding anniversary party, so they've made plans to go on a fishing trip that weekend, even though you know you've discussed the party several times and have it on your shared calendar,” says Miriam Geiger, LMFT, LPCC, a licensed psychotherapist in California and Illinois.

Sometimes, a gaslighter may lie about completely innocuous things in order to keep the victim in a state where they’re questioning their reality.

“There is no obvious reason for their behavior, which only adds to the victim’s confusion,” Geiger says. “Why would someone lie about finishing the last of the orange juice?”

Sometimes when confronted over problematic behavior, gaslighters may accuse you of blowing the situation out of proportion as a way to deflect.

“Your partner might tell you that you always overreact when you tell them to slow down when they go 50 miles above the speed limit, even though this is obviously not an unreasonable request,” Geiger says.

Another example of gaslighting is when the abuser tries to minimize your feelings by telling you you’re being too “sensitive” or “emotional” when you confront them about their words or behaviors.

“They may say you took something the wrong way or that they were just joking and not being serious,” Schiff says. “Again, they’re not taking accountability for their behavior and words and blaming you for how you responded and reacted.”

One strategy gaslighters use to deflect criticism is to put the accuser’s sanity or mental health into question. They do this by saying the person is overreacting and using terms to describe them like “crazy,” “insane,” or “psychotic.”

“Psychologically, this is damaging because how you view yourself influences your thoughts, feelings, and behavior,” Schiff says.

Co-parenting with a narcissist ex? Here’s what to do

The abuser may take it one step further and suggest you seek out counseling or therapy for the problems in your relationship.

“This is a way of saying that they think the problems in the relationship are your fault and they accept no responsibility for any conflict,” Schiff says.

Another way to call someone’s sanity into question in order to deflect blame is to tell them they’ve completely made something up. This is a common theme when parents gaslight their children.

Note that lying in general is not the same as gaslighting, though it can be a red flag. If someone tells a lie, then tries to cover that lie by making the other person question what they knew to be true, that’s gaslighting.

“A parent may gaslight their child by denying that they said something hurtful, or by claiming that the child is ‘imagining things’ when they talk about an event that occurred,” Claney says.

9. They give you the silent treatment.

A common gaslighting example is when someone stonewalls you or ignores you until you give up or apologize.

“If someone consistently uses the silent treatment as a form of punishment or shuts down conversations when they get uncomfortable, take note,” Geiger says.

Another sign of gaslighting is when the person has to win every argument.

“If someone in your life can't just ‘agree to disagree’ and hounds you or throws a tantrum until you give in, you may be dealing with a gaslighter,” Geiger says.

10. They make you question your relationships.

Abusers often try to isolate their partners from family members and friends, and one of the ways they do this is by making their partner believe untruthful things about the people they love.

What to do if you’re being gaslighted

When dealing with a gaslighter, understand that it is likely their behavior won’t change. The best thing you can do is set boundaries and stand up for yourself. If the gaslighter is your spouse, sometimes that means considering whether you should leave the relationship or get a divorce.

“This may mean distancing yourself from the individual or working with a counselor to address your own mindset and learn healthy coping skills,” Geiger says.

She says it's important to remember that while they may try to damage your confidence and make you doubt yourself, you have the power to decide how you respond and what kind of person you want to be.

If you're concerned that you might be dealing with a gaslighter, recognizing what’s going on is the first step to regaining your confidence and sense of self-worth, she notes.

“It can be hard to tell how ‘bad’ gaslighting is when you're in the middle of it, which is why seeking out support from a qualified couples therapist or even individual therapist can help you gain some clarity,” Geiger says.

Journalist Ariel Leve discussed in a TED talk some of the strategies she used as a child to survive her mother’s toxic parenting:

5 signs of an unhappy marriage (and how to save it)

Gaslighting is a form of psychological abuse in which a person deliberately manipulates another into doubting his or her own perceptions and memories. The term comes from a 1944 movie called “Gaslight,” in which a wealthy woman is slowly driven mad by her husband, who manipulates her into thinking that she is losing her mind so he can gain control of her money.

In the film, one of the husbands' manipulation tactics is to secretly turn off and on their home’s gaslights.

“He then denies that anything is wrong when his wife says that the lights are going on and off, causing the wife to doubt her sanity, which is how this dangerous behavior got its name,” Geiger says.

Gaslighting can make the victim question their own perceptions, emotions, and judgment.

“The victim may even begin to believe that he or she is going crazy and will try to hide the abuse from friends and family,” Geiger says. “In extreme cases, this can make him or her more dependent on the abuser and can result in depression, anxiety, and PTSD.”

How do you tell if someone is gaslighting you?

Someone who is gaslighting you might make you doubt your own reality, discredit your experiences and feelings, make you feel like you're crazy, try to control your behavior, and isolate you from friends and family.

A gaslighter may also need to win every argument and may stonewall you or give you the silent treatment until you give up and apologize.

What are common gaslighting phrases?

Examples of common gaslighting phrases include:

Gaslighting is a form of psychological abuse in which a person deliberately manipulates another into doubting his or her own perceptions and memories.

How do you tell if someone is gaslighting you?

Someone who is gaslighting you might make you doubt your own reality, discredit your experiences and feelings, make you feel like you're crazy, try to control your behavior, and isolate you from friends and family.

What are common gaslighting phrases? 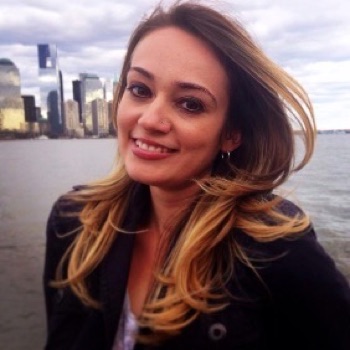 Ashley Welch has more than a decade of experience in both breaking news and long-form storytelling. She served as the health editor for CBSNews.com for several years, reporting, writing, and editing daily health news articles and features. She currently works as a freelance editor and writer for a number of health, wellness, and lifestyle outlets, including Oprah.com and Healthline.

Ashley holds a bachelor's degree from Fordham University and a master's degree from the Craig Newmark Graduate School of Journalism at the City University of New York, where she studied health and science reporting.