One of the most exciting developments in tech and the economy is the ability for pretty much anyone to make money with stuff they already have.

Getaround and HyreCar are another incredible way to make money with very little effort — in this case, by renting out your car, which can be a great deal for travelers looking for a rental car at a lower price.

The market for these services is higher than ever, as pandemic-related car shortages mean rental vehicles are three to four times normal prices!

Thinking about renting out your car?

Getaround is one of the most notable of the car-sharing companies.

With hourly and daily rental options, there are so many possibilities.

Need to haul a few extra kids to their after-school activities? Great!

Need a bigger vehicle to bring home your new couch?

On vacation and want to save on a car rental? Excellent.

Your regular car in the shop and need a ride for a few days?

Getaround is a great option.

Whether you’re the vehicle owner or the renter, the Getaround process is simple.

How does Getaround work?

Drivers have a choice of which car they’d like to rent, and post a description on the app.

Car owners set the length of time their car will be available, and drivers search for cars by length of anticipated rental time.

Using a phone app, drivers find your car and unlock it through Getaround’s Connect system – a GPS tracking and cellular communications system that helps make this whole process more secure for both parties.

The Connect system interfaces with users’ smartphones, allowing owners to feel in control of their car, even when it's not in their possession.

Owners can leave keys locked inside and tell drivers where to find them upon pickup.

As far as protections for car owners, the Getaround Connect system has GPS tracking, tamper detection and an engine lock — for the off event you see that your Prius is the subject of a high-speed car chase on the evening news.

Plus, owners can always track down their car and unlock it with their phones.

Similarly, both owner and drivers can provide reviews of their experience, which keeps everyone in check and safe.

How to rent your car on Getaround

Once you select “List your car,” you’ll enter your car’s year, answer whether or not the mileage is under 125,000 miles, fill out your basic contact info, and tell them how you found them (*cough, cough*).

Getaround uses Facebook for both car owners and drivers to verify identity and add an accountability factor.

Next, Getaround wants you to name your car — you’ll actually be able to share a link to your car (getaround.com/whateveryounameyourcar), which you can use to promote your ride.

You’ll then set up an address where you want drivers to pick up and return your car.

The location is sent privately with your rental instructions to drivers.

You set your car’s availability — you can do a recurring schedule or even set aside days when your car won’t be available.

Getaround will take high-quality photos of your car to really make it look legit.

Plus, Getaround will also swing by, pick up your car and install Connect, Getaround's proprietary security system.

Connect gives owners control over their vehicles via their smartphones.

This system allows owners to track their car with GPS, lock the engine and disable the starter in the case of improper behavior on the renter's part, lock and unlock their car from anywhere and track renters' behavior.

If at any point you would like to uninstall the system, simply take your vehicle to an authorized mechanic, have the system removed, and send it back to Getaround.

Getaround charges you $99 for the Connect system.

For car owners, there’s a $20 monthly fee, which will be waived for a one-month trial period.

Also during that trial, you won’t have to pay for the Connect hardware — those fees are billed one month after you first sign up.

You can have Connect uninstalled for free during that 30-day trial, and Getaround will give you a five-day grace period.

How much money can you make renting your car on Getaround?

Getaround says people who rent out their cars through the service can make as much as $10,000 in a year.

That’s not going to be true in every case, but it gives you an idea of the potential.

According to Getaround, the average car owner makes about $6,000 a year.

The minimum fee charged is $5 per hour, but prices are higher according to the make, model and year.

What you make is up to you — you set the price and availability.

Of the price you set, Getaround takes a 40% commission on rental earnings.

Once your car goes on the marketplace, Getaround automatically sets the price at its recommended rate, which it calculates based on your car’s location, demand in the area, and your car’s year, make and model.

According to Getaround, keeping your car’s price at the recommended rate will help you make the most of your earnings, but you can adjust the settings.

Rental earnings accrue monthly and are sent to car owners by the middle of the next month with an earnings report.

Yes. Getaround is integrated with the DMV and they are able to automatically check driver records in real time for every new renter.

To verify renters’ identities, the company cross-checks driving records with social profiles, like Facebook, the credit bureau, and 16 other points of reference.

Getaround also has strict minimum eligibility requirements that all renters must meet before they can rent a Getaround car.

These requirements include having a license for a minimum of two years, having no more than two minor violations or at-fault accidents in the past three years, and having no DUIs or drug-related offenses in the past seven years.

Does Getaround include insurance?

Getaround's auto insurance policy covers incidents during an active trip and covers both the owner and the renter.

There is a $1,000 damage fee per incident, and the renter is responsible for this amount.

The Getaround insurance policy includes comprehensive, collision, and liability coverage up to $1 million through Crawford & Company.

Should a renter receive a parking citation or a moving or non-moving violation, the cost is their responsibility.

Getaround enforces this by reimbursing drivers for non-point violations (most parking citations and traffic cameras) and collecting from renters separately.

In the case of a point violation (traffic tickets, other more serious tickets), Getaround requests that driver not pay the fines, and instead email [email protected]

They will then work with the issuing authority to transfer liability to the renter.

No violations, citations, or tickets will affect the owner's records.

What is the environmental impact?

People who don’t own cars tend to have less of an impact on the environment because that’s one less engine burning fossil fuels.

According to Getaround, sharing your car has the equivalent of taking 10 cars off the road.

Not only does that lessen pollution, but think of how that could ease traffic.

What percentage does Getaround take?

Getaround takes a 40% commission on all trips booked, applied to the initial reservation price and any trip extensions. This commission fee is paid directly to Getaround (meaning it will be deducted from the amount you are paid).

Getaround has a B rating from the Better Business Bureau and 3.9 out of 5 stars on Trustpilot.

Most Getaround complaints are about the quality of the cars being rented out and about trouble reaching customer service.

Some Redditors who rent out their cars with Getaround complain about rental fees and claim the company hasn’t reimbursed them for damage done to their cars:

Pros and cons of renting out your car

If you’re thinking about renting out your car, here are some pros and cons to consider:

If you’re looking for an alternative to Getaround, consider HyreCar. Though HyreCar and Getaround are similar in many ways, HyreCar is different in that it aims to attract drivers who need a vehicle to perform a service, such as driving for Uber, Lyft, or making deliveries.

Bottom line: Is Getaround legit? Is it worth renting your car out on Getaround?

Getaround is a legit, quality service that can be a great cost-savings for customers, and a good way to make extra money for car owners.

How does Getaround work?

Getaround's algorithm matches car owners with potential drivers looking for a rental car. Drivers have a choice of which car they'd like to rent, and post a description on the app. Car owners set the length of time their car will be available, and drivers search for cars by length of anticipated rental time.

How much money can you make renting your car on Getaround?

Getaround says people who rent out their cars through the service can make as much as $10,000 in a year. That's not going to be true in every case, but it gives you an idea of the potential. According to Getaround, the average car owner makes about $6,000 a year.

How much can you make with HyreCar?

HyreCar advertises that you can earn up to $180/week renting out your car. 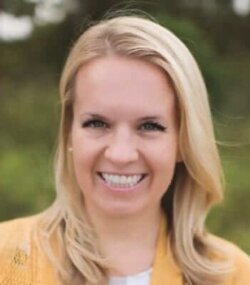 Holly Johnson is a financial expert, award-winning writer, and Indiana mother of two who is obsessed with frugality, budgeting and travel. She has written for U.S. News, Brides, Wall Street Journal, CNN, Fox Business, and Lifehacker. Holly is founder of of the family finance resource, ClubThrifty.com, and is the co-author of  Zero Down Your Debt: Reclaim Your Income and Build a Life You’ll Love. Holly's LinkedIn profile